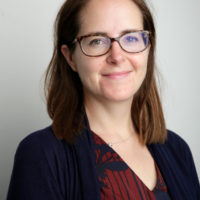 Fiona Challacombe is a researcher and clinical psychologist working at Kings College London and the Maudsley Centre for Anxiety Disorders and Trauma. She is part of a National Specialist service treating individuals with severe and complex OCD and leads the subservice in perinatal anxiety disorders. She has completed a PhD on perinatal OCD. Her current research focuses on understanding the impact of OCD and other anxiety disorders on parenting and families and the refinement of treatment to benefit parents and children. She is the co-author of a self-help book and a therapist guide to treating OCD. 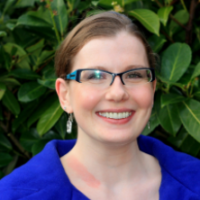 Dr Stephanie Fitzgerald is a Chartered Clinical Psychologist and founder of Fitzgerald Psychology Ltd, working in private practice. Stephanie has a long-held interest in anxiety disorders and workplace wellness. Stephanie likes working with family members and those around the individual with the diagnosis, such as colleagues and employers, as well as the individual themselves, in order to provide a very holistic approach. In line with this Stephanie utilises nutritionists, physiotherapists, personal trainers and yoga as part of her therapeutic work. to provide holistic care for those she works with. Stephanie’s doctoral research focused on the experiences of partners of those with a diagnosis of OCD and Stephanie runs a variety of workshops and talks on the treatment of OCD and involvement of family members/ partners, as well as mental health training. Stephanie is passionate about eliminating mental health stigma and supporting people to be comfortable with their diagnosis and overcome their mental health problems.

Dr Elizabeth Forrester is a Consultant Clinical Psychologist who has established a thriving private practice as an OCD specialist based in SE London.

Already an experienced therapist, Elizabeth’s passion for working with people with OCD developed as a result of working closely with Professor Paul Salkovskis as a research clinical psychologist at the University of Oxford in the 1990s. She subsequently held a Consultant post at the Centre for Anxiety Disorders and Trauma (South London & Maudsley NHS Trust) providing assessment and treatment for severe and complex cases in their national service, offering her specialist opinion to other mental health care professionals both within the team and elsewhere.

Over the years, Elizabeth has shared her expertise in CBT for OCD in various teaching engagements at universities in the UK and Europe.She is a popular presenter at numerous conferences such as the European Association of Cognitive Behaviour Therapy OCD Special Interest Group in Assisi (2016) and University of Basel (2017). Her expert opinion has been sought by the media in popular publications such as Psychologies and on Radio 4’s Woman’s Hour, and she has made several television appearances. In addition to a number of academic publications, she is author of ‘How to deal with OCD’, a practical self-help book published by Hodder & Stoughton. 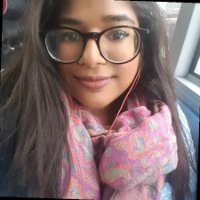 Dr Jayarajah is a Consultant Perinatal Psychiatrist working in London. During her core training she worked at the National OCD/BDD Inpatient Unit at Springfield Hospital which sparked her ongoing interest and research into OCD, particularly the use of medication during pregnancy and breastfeeding. Dr Jayarajah also has a Diploma in Reproductive and Sexual Health, and has further training in couples and family therapy and VIPP-SD (video-feedback intervention to promote positive parenting and sensitive discipline) which she has found invaluable in working with women and their families. Dr Jayarajah created the “#OCDbfing” OCD and breastfeeding twitter chat campaign working with Maternal OCD and OCD Action. She is committed to improving awareness and development of mental health services to support women with perinatal OCD. 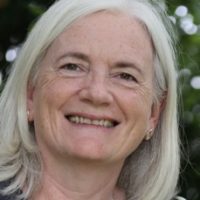 Dr Liz McDonald is a retired consultant in perinatal psychiatry. She worked for many years developing services and working clinically in east London. She is past chair of the Perinatal Faculty at the Royal College of Psychiatrists and pan-London PMH Clinical Network. She is currently an honorary Consultant in Perinatal Psychiatry at East London Foundation Trust and Clinical Lead at the RCPsych for the training of perinatal psychiatrists. She develops and runs PMH courses for a range of professionals in order to support NHSE’s drive to improve PMH services and the required workforce.

Dr Anne Perry did her medical and psychiatric training at St George’s Hospital in London before taking up her first post as a Consultant Psychiatrist specialising in CBT at the Homerton Hospital, Hackney in 2000. She moved to the private sector in 2006 and now works at both The Priory Ticehurst House in East Sussex and The Priory Hayes Grove near Bromley, Kent. She has a longstanding interest in treating anxiety disorders, particularly OCD, and has previously worked at both the national specialist OCD in-patient service at Springfield Hospital in Tooting and the OCD in-patient unit at the Bethlem Hospital. 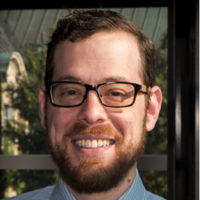 He serves as the Editor-In-Chief of the Journal of Behavior Therapy and Experimental Psychiatry. Professor Radomsky is the Director of the Anxiety and Obsessive-Compulsive Disorders Laboratory, and a Core Member of the Centre for Clinical Research in Health (CCRH). His research investigates cognitive, behavioural and emotional aspects of OCD and a number of other anxiety disorders, as well as ways to enhance the effectiveness and acceptability of cognitive-behaviour therapy (CBT) – the leading evidence-based psychological treatment for anxiety disorders and related problems.

He is a Fellow of the Canadian Psychological Association (2014), was the Founding President of the Canadian Association for Cognitive and Behavioural Therapies (2010), and has received several institutional, national and international awards for his work. These include the Concordia University Faculty of Arts and Science Mid-Career Award for Distinguished Scholarship (2012), the Canadian Psychological Association’s President’s New Researcher Award (2007), being named a Beck Institute Scholar (2005-06) and receiving a Canadian Institutes of Health Research (CIHR) New Investigator Award (2004-09). Dr. Radomsky has published a number of peer-reviewed articles, a co-authored book and numerous book chapters related to his work on cognition, behaviour and the anxiety disorders, and is a frequent invited speaker at national and international conferences. His research is funded by the Canadian Institutes of Health Research (CIHR) and by the Social Sciences and Humanities Research Council of Canada (SSHRC); his work has previously been funded by les Fonds de recherche du Québec – santé, and by the Natural Sciences and Engineering Research Council of Canada (NSERC). Dr. Radomsky is also a member of L’Ordre des Psychologues du Quebec and is CACBT-ACTCC Certified in Cognitive-Behaviour Therapy. In his clinical practice he specializes in Cognitive Behaviour Therapy (CBT) for adult OCD and other anxiety disorders.

Blake is a Chartered Consultant Clinical Psychologist registered with the British Psychological Society, and an accredited member of the British Association for Cognitive and Behavioural Psychotherapists. He is the Head of the Centre for Anxiety Disorders and Trauma at the Maudsley Hospital, where he also leads a team which offers specialist CBT outpatient treatment to people with severe OCD who have not maintained gains from previous treatments. Blake teaches and trains on several different clinical psychology and CBT training programmes. He has a particular interest in working with family and friends of people affected by OCD.